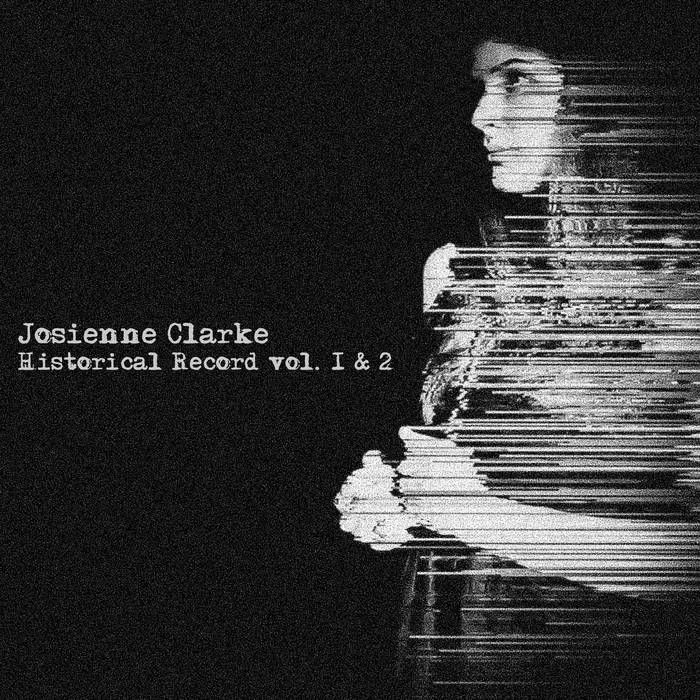 Long-time misery botherer and harbinger of melancholy Josienne Clarke brings you a new collection of rare early demos and song-writing sketches. It contains fragments and songs previously unreleased and entirely unheard by ears other than Josienne’s, alongside some early originals of well-known Clarke Classics.

A real collector’s collection, or “the contents of a folder that should have gone directly into a f**king skip” as the artist herself explains. “It’s the audio sketchbook for most of the stuff I’ve ever made. I record song ideas and sketch arrangement/production ideas, either sung in or attempted on the instruments I have to hand, before showing them to anyone. If I’m selling these off, then things have got pretty bad or I’ve gone f**king mental.”

Spanning the many years of her career, it starts with a recovered low-grade recording of the artist aged 3 doing an early cover version then wends its way non-chronologically through the various years’ releases and unreleased compositions in a double volume of 53 tiny songs at a total running time of 85 minutes.

Tracks such as ‘i never learned french - original demo’ expose the roots of Josienne’s production ideas and choices, such as the hummed string lines and mouth trumpet solo, that would later appear re-packaged on the 2015 release ‘Nothing Can Bring Back The Hour’. A treasure-trove of original ideas, a burgeoning song-writing talent, brimming with Clarke’s irrepressible originality.

This is the artist alone in her bedroom-studio-office, it’s where the magic lives, the bits you don’t normally get to hear, that first spark of an idea as it appears, complete with missteps and mistakes and the frisson with which such creativity is charged. It hisses and crackles with pure, imperfect, creative endeavour, the nearest you’ll get to seeing how it’s really done. Take a peak over the fourth wall, behind the stage curtain, way beyond the dressing room and into her home to take a seat with a view over her shoulder as she pens some of the finest songs in her catalogue, a catalogue which is among the finest original song-writing this country has to offer.

“It is a candid and exhausted documentation of a whole life spent in song and how utterly, beautifully pointless that is.” says Josienne.

The cover of Historical Record Vol 1 & 2 was designed by photographer & videographer Alec Bowman, using a photograph taken of Josienne in 2009 during a shoot for her debut album ‘One Light Is Gone’. Alec explains “Josienne is almost lost in a fog of digital degradation, but not quite; she’s standing, still, defiant in the face of all the noise. I used a hex editor to violate the integrity of the file & create the impression of a slow data collapse out of which Josienne appears, a quiet ghost in a static roar.’

Historical Record vol. 1 & 2 will be released on Corduroy Punk Records on 15th May 2020. It will only be available as a digital download & only on Bandcamp. “It will not be available on any streaming services, I’m sick of other people making more money from my creative endeavour than I do...”

Bandcamp Daily  your guide to the world of Bandcamp